A Guide to Cat Breeds 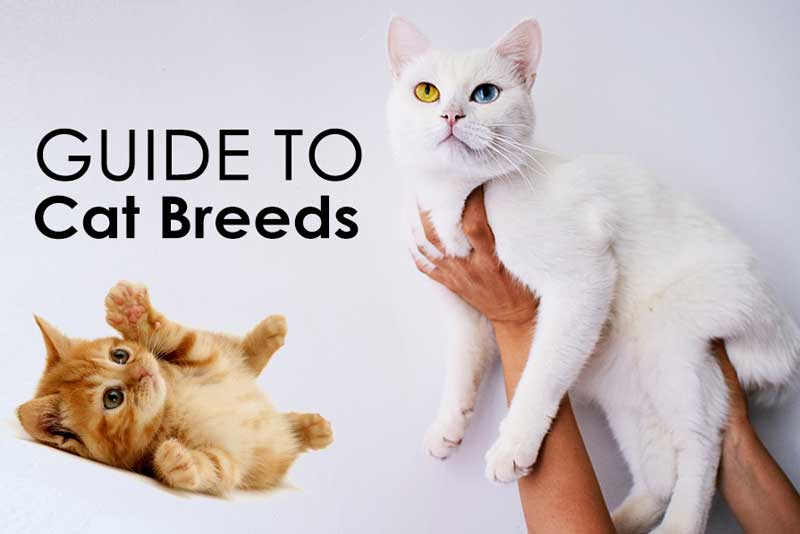 “Cats are the connoisseurs of comfort” – James Herriot. Whether one is looking for a comforting companion or an adventurous friend, one does not really need to look further than a cat. Cats first domesticated themselves to enter human society about 4000 years ago to form mutually beneficial and surely affectionate relationships. Since then cats have been consorts and companions to royalty, aristocrats and the common man alike. They are capable of building considerable bonds with humans even while retaining there wildly varying personalities and independence.

Cats have a wide range of personalities, physical traits and also physical and emotional needs. A lot of these are determined by there breed and cats have been bred and coveted for certain desired traits for generations. In order to ensure you have the knowledge and tools to not only know what kind of cat is right for you but to also know how to properly take care of the cats needs let us take a look at some popular house cat breeds, keep in mind some of these cat breeds in India are subject to availability. Regardless of what kind of companion you are looking for, a cat will never let you down. Let us now take a look at popular cat breeds, especially popular cat breeds in India.

These round-faced adorable cats with luxurious aesthetically pleasing long silky coats are one of the prized gems amongst cat breeds. Also known as the Persian Longhair they are truly a modern icon of luxury, widely favored by British Royalty, these gorgeous cats are even rumored to be the favorite cats of the Queen herself. Apart from there stunning coats they are known to have very laid back and sweet personalities. 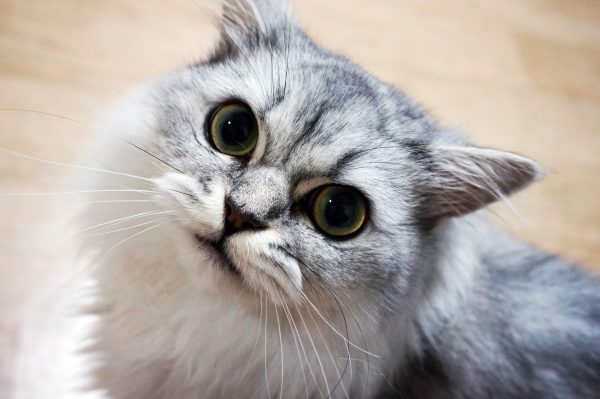 Grey and Beige color Persians seem to be the most popular though they are available in a wide range of colors. As you have probably seen, there are two varieties of Persian cats; the doll-faced and the American flat faced variety. Be warned the flat-faced variety of the Persian tends to occur health problems in the form of eye drainage and is more susceptible to allergies and colds. The doll-faced varieties longer snout and nasal passage tend to help with preventing such problems. Keep in mind the flat faced variety is in no sense the “true” variety. Aesthetics wise eye color is very prominent amongst this breed. The can have, green, copper, or the most popular blue colored eyes. The blue color is most prominent for giving the cat a “sapphire” gaze. Persians enjoy ubiquitous popularity, and it stays true even in India. 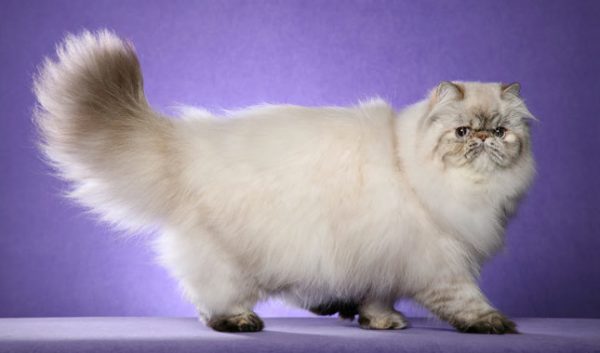 Marshallspetzone supplies the cutest purebred Persian kittens with all the varieties of eye colors.

The Persian cat is a completely indoor cat, it is not suitable for staying long periods of time outside. Its long fur is not suited for the warm nature of the Indian climate, the breed itself was meant to be a lap cat to be pampered indoors.

A purebred Persian cat can cost you anywhere between INR 15,000 – 1,00,000. They are cotton-furred, meaning they have extremely soft fur, which requires daily grooming/brushing in order to prevent matting. They also require monthly baths with the appropriate shampoo/color enhancer.

Considered widely to be one of the oldest cat breeds in existence it is quite well known for its having of a size and temperament similar to that of a small dog. Specifically how the Maine Coon has an adorable tendency to wag its tail in excitement just like a dog would. Despite his large size and athletic demeanor resembling a wild cat, the Maine Coon is actually a very sweet gentle giant amongst large cats. They are generally twice the size of the average domestic cat, so make sure you keep their requirement for space in mind before you decide to buy a Maine Coon kitten.

A purebred Maine Coon kitten can set a person back around INR 45,000- 1,00,000. Be wary about buying kittens from anyone other than authorized breeders as many can be duped into buying a cross breed. Apart from the price of the kitten, the annual care of a Maine Coon can come up to about INR 60,000. 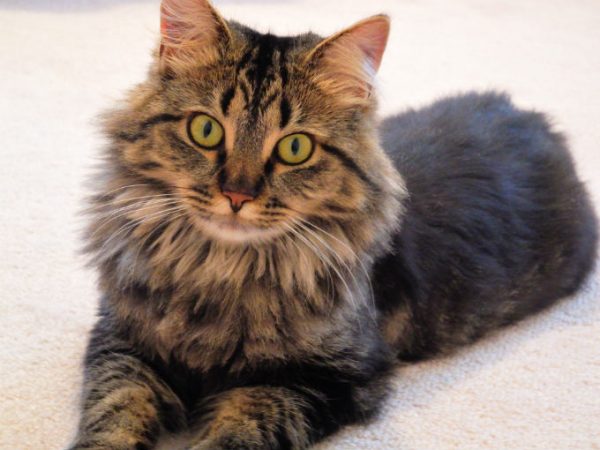 This breed is distinct for its resemblance to the tiger, often being called explicitly a “mini tiger”. Despite the resemblance to the wild and reputedly fierce big cat, this domestic cat is very docile and loving. They are capable of showing a lot of affection towards their owners and love to sit on their laps, due to a combination of these traits they are in high demand. 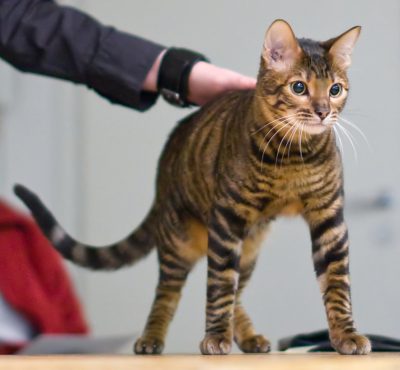 The price of a purebred Toyger can be as high as INR 3,00,000 but generally, start around INR 70,000. Their short hair needs minimal care and grooming but they do need their nails trimmed regularly. The annual cost of care for a Toyger will be around INR 30,000.

This is the ideal cat if you or a family member suffer from allergies. These cats are nearly hairless with wrinkly skin. Since they have no fur, they are known for their tendencies to gravitate towards humans for warmth. They have the drive to seek an endless amount of affection and will have no problem sitting on your lap and watching TV. Despite there Egyptian name these cats are ubiquitous and can be acquired almost anywhere in the world. 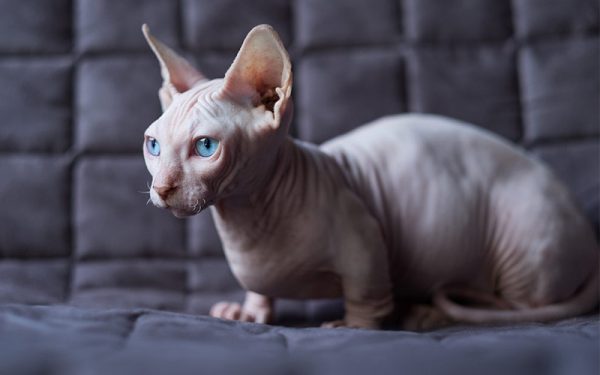 Have you ever thought it would be cool to have a pet leopard or a pet tiger, but cannot due to it being illegal or the associated risks? Well, I am here to tell you, you don’t have to give up on your dreams. The Savannah cat was bred using a wild cat and a domestic cat to give it that beautiful leopard striped or spotted coat. The domestic version of this breed is a long, large and athletic cat with a stunning wild coat that is widely desired. They are a very active and energetic breed that love and require a lot of exercises, recommended for those who can provide an active lifestyle to this breed. 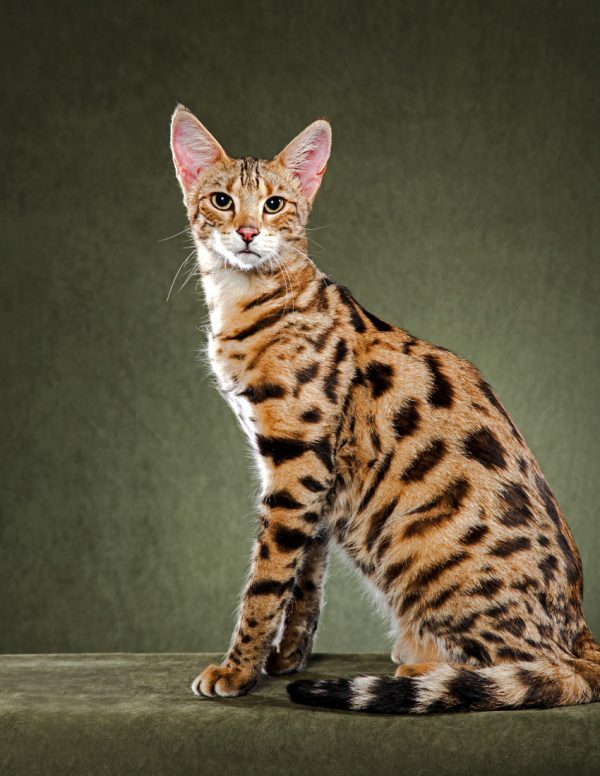 The annual maintenance cost of a Savannah cat will cost you around INR 30,000.

This breed is distinct for its rich silver coat with gleaming green eyes which give the cat a very unique and classy finish. This breed is also known for its popularity amongst Russian Czars and British Royalty. Russian Blues are known for there curious nature and for being quite intelligent. They are quite reserved towards strangers but form unique bonds with their owners and retain their playful nature towards them even as an adult. They also have a reputation as a fierce hunter often seen tracking down mice and other rodents. It is commonly accepted that these cats are more tolerable by those who suffer from allergies, by anecdotal evidence these cats are hypoallergenic. 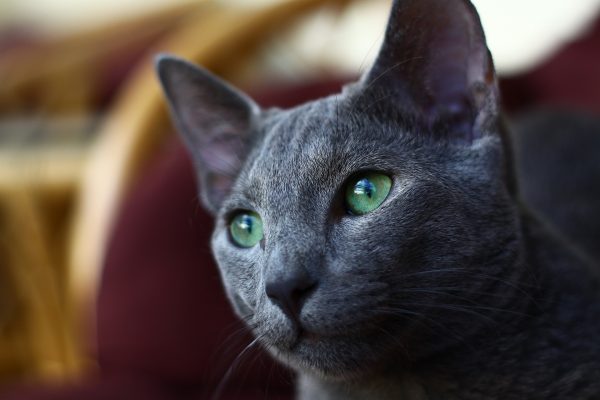 A purebred Russian Blue kitten can cost you anywhere between INR 25,000- 1,00,000. Grooming these cats is relatively low maintenance, brushing or combing them once or twice a week is sufficient.

One of the oldest breeds in existence, the British Shorthair is the most popular cat breed in the United Kingdom and remains one of the most popular breeds worldwide. They have been immortalized in pop culture being known as the breed that gave to the mischievous Cheshire Cat in Lewis Carroll’s Alice in Wonderland. Distinguished by their chipmunk cheeks, dense plush coats and overall very cute demeanor, these cats are known for there quiet and laid back personalities. They are not very active nor playful but are a loyal breed and bond closely with their owners. Generally, these cats do not like being carried or picked up. 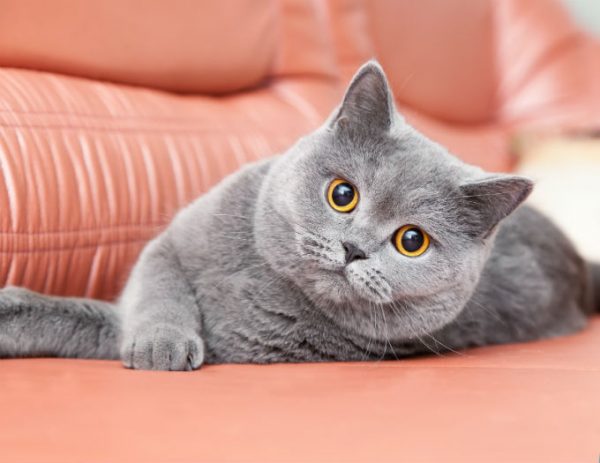 A purebred British Shorthair kitten can cost you anywhere between INR 50,000- 1,00,000. They require minimal grooming but are prone to obesity if their diet is not properly maintained.

The American Bobtail is widely known for its namesake “bobbed” tail and remains one of the popular cat breeds worldwide. They are an intelligent breed known for their ability to be mischievous escape artists. The American Bobtail is also known as a playful, social, and attention seeking breed. This breed will meow right at its owner or jump into their lap when they want attention. 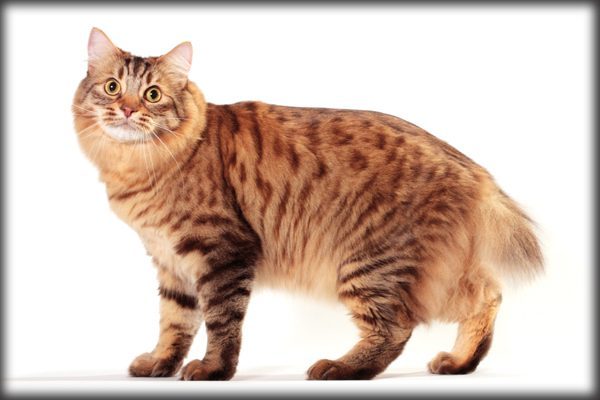 A purebred American Bobtail kitten can cost you anywhere between INR 30,000- 1,00,000. This breed requires moderate maintenance and needs grooming a minimum of twice a week.

One of the oldest breeds in the world, this cat is also the basis for numerous other cat breeds. Known for its distinct features and beautiful color, the Siamese is the epitome of cat breed being ubiquitously popular. They are a breed that demands attention and have a reputation for showing endless affection and being very playful. They are a breed that is more than happy to sit in your lap at any given time. The Siamese is a very vocal and social cat that has been described as a “dog-like” breed. 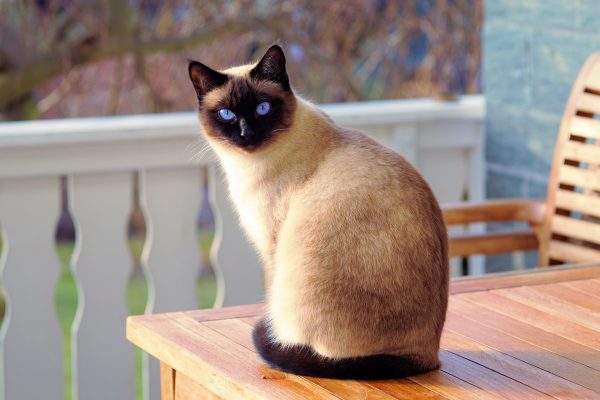 A purebred Siamese kitten can cost you anywhere between INR 12,000 – 50,000. The Siamese cat sheds very little and requires minimal maintenance, grooming them once a week is sufficient. 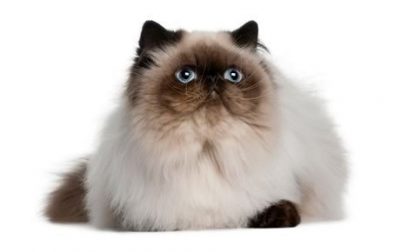 The Himalayan has a beautiful long coat like the Persian which requires regular attention and daily grooming to prevent from matting. A purebred Himalayan kitten can cost you anywhere between INR 15,000-40,000.

The Ragdoll cat gets its namesake from its tendency to go limp after being picked up giving a close resemblance to the child’s play toy. They have gained a reputation as a mellow, docile, and playful breed. Known to be highly affectionate, the ragdolls are often called “puppy-like”. They are considered to be easy to handle and ideal for first-time cat owners. 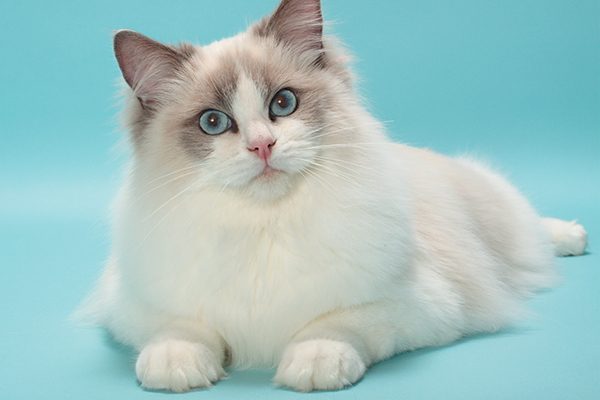 The Ragdoll’s coat is soft, plush and does not mat easily but it can occur. Brushing and grooming twice a week is required for the Ragdoll in order to prevent matting and excessive shedding.

In the words of the iconic writer; Ernest Hemingway, “ A cat has absolute emotional honesty: human beings, for one reason or the other, may hide their feelings, a cat does not.”. Whatever type of companion you are personally looking for, one should not look over the cat. They have been revered throughout history, as not the best friend of man but, possibly the truest friend. Cats have been appreciated due to their practical use, prestigious traits, and true and deep bonds. Whether you are looking to buy a breed of cat or looking for information or supplies, we hope Marshallspetzone is the first and last place you will have to look.