Bollywood Stars And Their Pets

Check out what dog breeds our beloved superstars have. For them, their pets are not just ‘pets’ but their loyal and best buddies. If you are lucky enough to visit these stars then, a simple suggestion, don’t even think about calling their dogs, “Dogs!!” or “Kutta”. And if you do call their pets the above-mentioned names, then you have had it.

His favorite breed is ‘French Mastiff ‘. Myson and Myjaan, his previous French Mastiff died in 2009 due to poor health. Then, Salman brought home a Neapolitan Mastiff and named him Mylove, in remembrance of his former pet. Later, he got a Labrador retriever whose name is Mowgli and a St. Bernard which is called Saint and another French Mastiff which is named as ‘Veer’. His possessiveness towards the people he loves is something that we are well aware of. But when it comes to his pet buddies, his love for them is immense and intense. If Salman shows even 5% of the affection that he has for his pets, to a girl, I am sure, she will be luckiest on this planet! 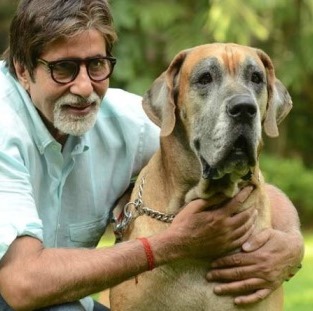 Similar to Salman, Shahrukh also has many pets. He has a Japanese lap dog named Dash, a Labrador called Hulk, Juicy and Kai both are of Matlese breed. According to SRK, animals can sense if you need love, or if you are sad. Therefore, animals are the most trustworthy beings on this earth!!