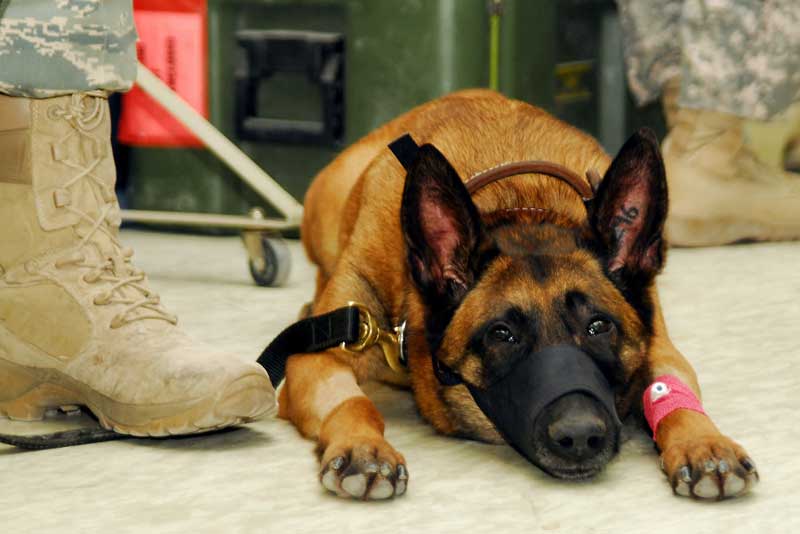 Heroic news on television and newspaper about bomb squads claim our appraisal but the theory behind the process of detection of bombs is vague in our faculties. We usually ponder around that dog have some extra organs to specialize in sniff process, but this is totally a misconception.

Dogs smell bombs like they smell everything else and everyone else. But dogs have 50 times more olfactory cells than we do! Of course, they would put it to good use. And of course, our human pea brains would put a dog’s nose to good use in finding bombs. Strictly speaking, the dog doesn’t smell the bomb. It deconstructs an odor into its components, picking out just the culprit chemicals it has been trained to detect. Roberts likes to use the spaghetti sauce analogy. “When you walk into a kitchen where someone is cooking spaghetti sauce, your nose says aha, spaghetti sauce. A dog’s nose doesn’t say that. Instinctively, it says tomatoes, garlic, rosemary, onion, oregano.” It’s the handler who says tomato sauce, or, as it happens, bomb.

The dogs gain their understanding of smells by sniffing identical cans in a grid. Stuff that is associated with explosives (dynamite, TNT, powders, the component in C4, etc.) is put in random cans and the dog is instructed to sit down when it smells such chemicals. It works better than anything! The government has tried to build robots to do a dog’s job but it’s pretty hard to invent something better than a dog. Their nose extends from the nostril to the back of the throat, they differentiate breathing and smelling and 35% of a dog’s brain is assigned for smelling while humans only have 5% set aside for smell. They’re smelling machines.

The best dog breeds for becoming bomb dogs are German Shepherds, Belgian Shepherds, and Labrador Retrievers. Golden Retrievers are actually the best smellers but they’re too smart to go through bomb sniffing school.