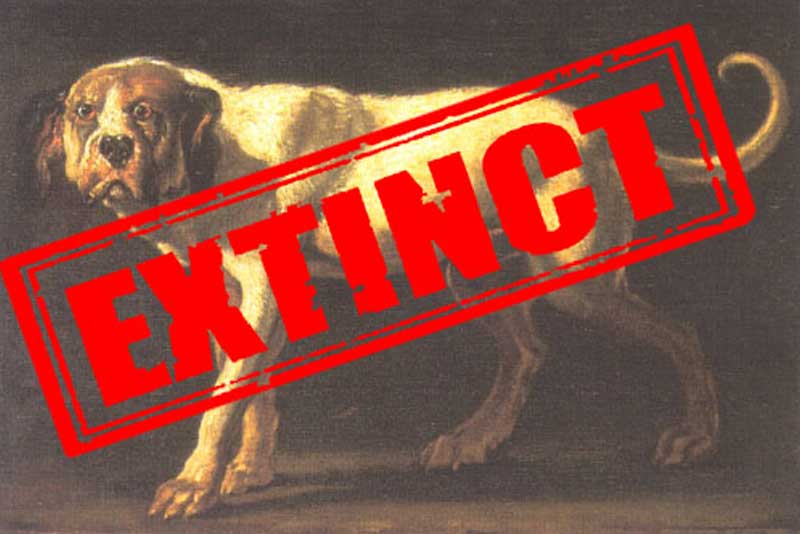 When we think about the word extinct, all that comes to our mind are mammoth or dinosaurs. But what about dogs? Do they get extinct? Does your pet have any ancestor about whom you haven’t heard? These are the questions which generally do not pop out.

We all have our favorite dog breeds, of which we cannot think of living without correct? But there were some of the dog breeds who have gone from the world, were once called pets.

Yes, there were once incredible dog breeds with an exceptional and extraordinary personality that one cannot imagine and likely heard off. Let me introduce you to wonderful works of nature, who are no more with us but we cannot deny they once existed.

The predecessor of many of modern mastiff type dogs and also known as the ancestor to the original bulldog breeds. Like New Alaunt, Antebellum Bulldog, Dogo Belgredo American Allaunt, Abraxas Bulldog are known to come out from its bloodline. 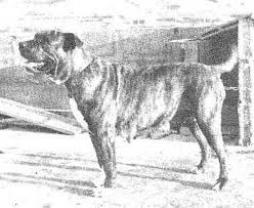 Very foremost true mastiffs. The predecessor of the St. Bernard along with, a chief contributor to the modern mastiff. It is also one of the original breeds of dog to reach a truly massive size. Many laborers tried to bring back the breed but went in vain. 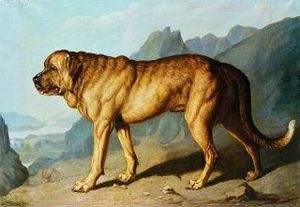 It will remind you of contemporary pit dogs. Origin is still not known, said to be introduced as a part of Staffordshire bull terrier in the 19th century. The breed is remembered for their excellent fighting skills. 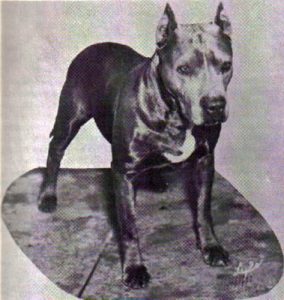 Fat and flexible, colored white with orange or liver marks were bred for hunting. The story says that two brothers named du puy crossed their Braque Francais dog with a Sloughi which was brought by a French soldier from Africa. A true fighter with high pain tolerance. Male or female their aggression would result in an ultimate brawl than to mate. They won’t give it a pause till the end even if death calls. 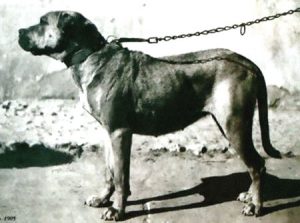 The last one being seen in the 1930’s. There are almost no written records. Supposed to be extinct in the first part of the 20th century only. From the pictures and paintings, it could be interpreted that the dog was used for hunting ducks. 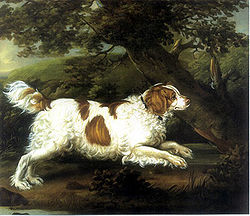 It is not known when the breed became extinct. They were used to protect and herd flocks for about hundreds of years. Known for intelligence, it is said the breed were so wise that they could keep themselves along with the flocks alive for several months sensing any dangers. 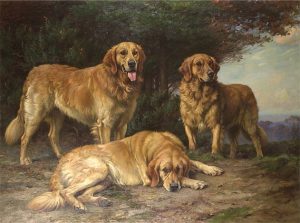 As the first part of the name itself indicates they were bred by tahltan people an indigenous tribe. The term bear used is of their profound courage to face a bear. There are no living descendants who could be related to this bloodline. 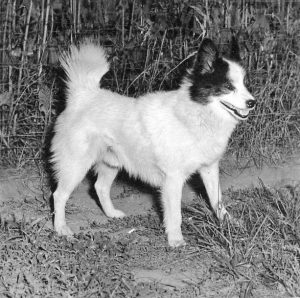 The breed’s fox-like appearance with fierce muscles does not replicate it’s domestic features, though the breed used to be a perfect companion. They were also considered as the great source of meat and fur. The breed is thought to be extinct by 1860’s blamed on its inability to survive

The above is a small list, but apart from this, there are about 40 breeds of dogs that gradually became extinct. And also there are some dog breeds who are on the verge of extinction. There are many reasons for their extinction, some of them are health issues, incompatibility with other breeds etc. It is also believed that earlier dogs were used to fulfill the needs of the time, those breeds who couldn’t live up to the expectations either died or evolved. Precisely, the survival of the fittest is the phrase we can use here. What is left behind are only memories. 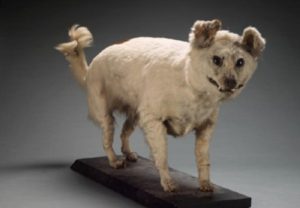