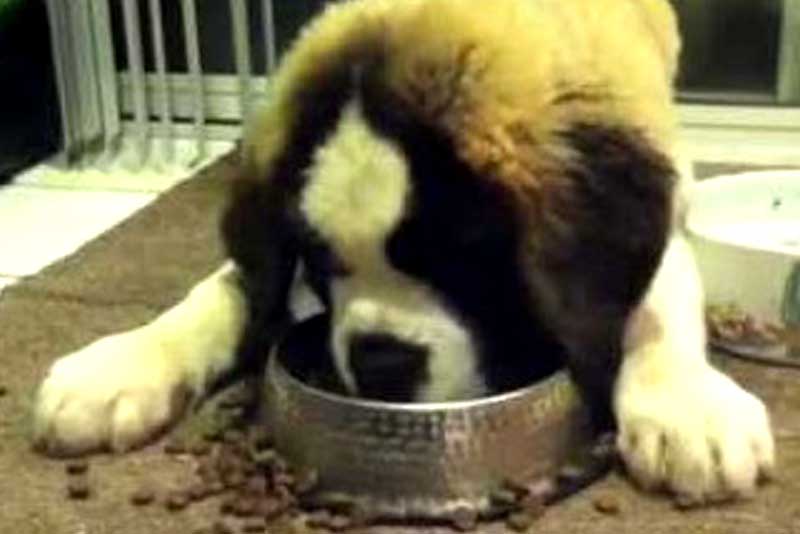 About 4 months back I adopted a St. Bernard pup from a local rescue center. The pup was 29 days old and was terribly weak. At first, I was scared to adopt him, thinking it might die of weakness. When I brought him home I gave him the best of puppy food. But he still didn’t start to grow fat. This is when I heard about Royal Canin Giant Starter Mother & Baby Dog food from a friend of mine.

This Royal Canin puppy food is meant for giant breed bitches (>45kg) and puppies. According to Royal Canin’s product brief, this food should be incorporated in the mummy dog’s diet during lactation and also for puppies weaning up to 2 months of age. Royal Canin Giant Starter dog food proved to be an angel for me and my St. Bernard. It is exclusively meant for heavy and huge dogs like Tibetan Mastiff, St. Bernard, Great Dane, etc., and their lactating or gestating mother. Inculcating a protein-rich diet for these dogs since their birth is very important as this is the phase in which the dog develops its bones and firm skeletal structure. Once I replaced my puppy’s dog food with this Royal Canin dog food, he showed a noticeable difference in his health.

The beet pulp in this dog food helps in maintaining a healthy colon and is also an excellent fiber source. The Beta-carotene in Giant Food Starter is converted to Vitamin-A which helped my dog in having a healthy vision. The fish oil, soya oil, and animal proteins help in the development of a shiny, thick coat and strong muscles and bones. Royal Canin Giant Starter is the best giant dog food in the market. Go grab it without a second thought.