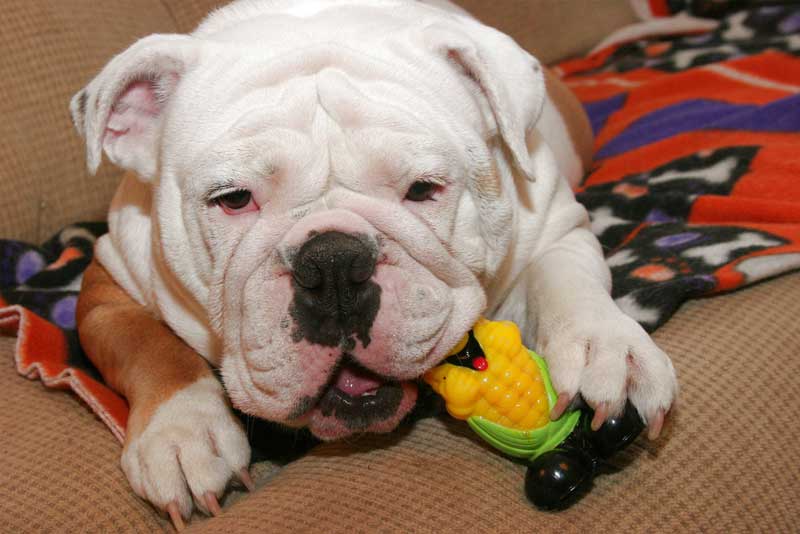 I have a bulldog and her name is Burrito. I got her home when she was 10 months old. Then, she was weak, always suffering from stomach upset and refused to eat her food. I was tense and terrified because of her poor health. Her weight was so less, that my friends refused to believe that she was a purebred bulldog. Whatever dog food I tried for her, was all in vain.

My vet, like an angel, suggested Royal Canin Maxi Junior for Burrito. I could see the change in her instantly. Be it her noticeable weight gain, activeness or eagerness for eating her food. I and my husband could notice the change within a week since we started feeding her Royal Canin Maxi Junior. This dog food is meant for large dog breeds up to 15 months old. It contributes to good bone mineralization in large breed puppies.

As the pack said, ‘meant for puppies upto 15 months’, after she completed 15 months, I discontinued giving her Royal Canin Maxi Junior. I went to another dog food brand. Initially, it was all ok. Burrito was kind of alright with the switch. But after about 8 to 10 days she started having runny stools and her behavior conveyed to me that her system had gone for a complete toss.

On consulting my vet, he said that the new dog food that I opted for, was of utter low quality. And, had i continued to give Burrito the same dog food, she would have suffered from serious and long term ailments. He prescribed some medicines for Burrito and suggested that I switch to Royal Canin Maxi Adult.

Royal Canin Maxi Adult is meant for large dogs from 22 to 44 kgs, from 15 months to 5 years old. The day I changed his food to Royal Canin, Burrito was more enthusiastic in having her meal, than before. This is like a miracle and I am glad that I chose Royal Canin. I like the way this product helps in correcting weakness issues and also helps in maintaining the ideal weight of the dog. ? ?