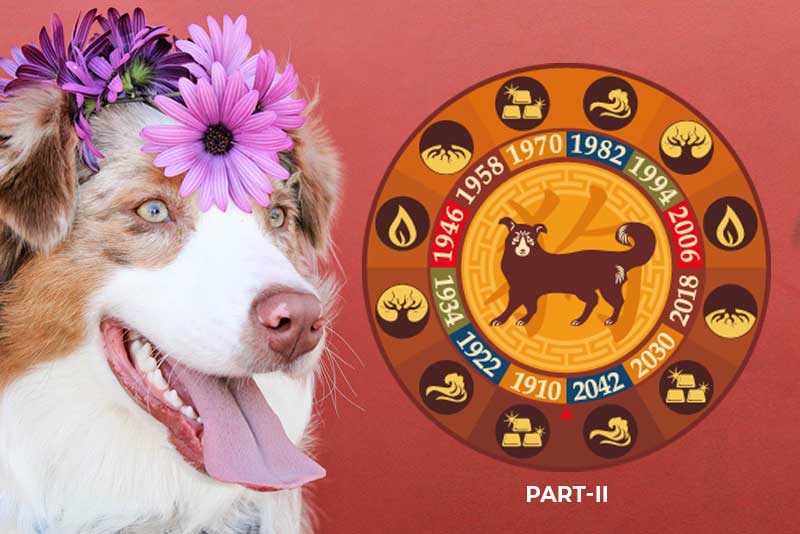 Following up the second half of choice of your fortune.

Given the choice between alone time and socializing, Libras will almost always surround themselves with people. In fact, their need to be around others is so strong, it sometimes gets in the way of their responsibilities—just like Irish and English Setters, who prefer to play rather than work. Setters, like Libras, don’t respond well to direct orders; the two will bond over their mutual stubbornness and laziness, not to mention their boisterous and loving personalities.

Members of this sign are passionate, independent, and can fixate on things to the point of being controlling. Similarly, Jack Russell Terriers tend to be stubborn and possessive of their toys; they’re also a bundle of energy and incredibly smart. Scorpios and Jack Russells are remarkably alike in their intensity and persistence. They’re well-suited for each other, if only because no one else could handle their contradictory nature!

There’s a Death Cab for Cutie song that includes the line, “I always fall in love with an open door.” That could be the motto of most Sagittarians. They love exploring new terrains, just like Greyhounds. While this breed is generally calm and enjoys structure, what they really love is running freely without a leash holding them back. Greyhounds and their Sagittarius owners can bond over their mutual love of anything that promotes movement.

Capricorns are highly ambitious and always looking out for their loved ones. However, their animal sign is the goat, so Caps can be hard-headed, too. Boxers are loyal and smart, plus their occasional stubbornness makes them a good personality match for this sign.

They may seem cold and unemotional to those who don’t know them well, but it just takes them a little more time to warm up to people. Once an Aquarian calls you a friend, he or she will be one of the most loyal, caring friends you’ll have. Whippets are also skittish around new people, but they’re very sweet and will be a faithful companion after they get used to them.

Possibly the most co-dependent sign in the zodiac, Pisces are highly sensitive and devoted to their loved ones, and they need the same kind of support and attention. That’s why Pugs go great with these fishes—they’re also quite sensitive, especially to hot weather and loud voices. Pugs can be very affectionate and they need it in return, so they’re best paired with people who require the same kind of doting.

Ultimately, the right breed for you is the one you fall in love with, regardless of your sign. It’s fun to read the stars’ take on compatibility, but it shouldn’t stop you from pursuing what you want in life, whether it’s your dream dog (or your dream crush).

To own the pup of your choice hit Marshalls Petzone.